Golden hues, crisp mountain air and exhilarating activities mark the onset of autumn, one of the most visually spectacular seasons for the premier attractions of the Greater Blue Mountains.

Blue Mountains Attractions Group president Dave Robertson said: “Every season here has its charm but autumn is one of the most beautiful.

“The weather is ideal for physical pursuits such as bushwalking, the air is fresh and then there are the colours – from exotic trees and autumn blooms to brilliant sunsets and the soft veil of mists that create a magical dreamy landscape, the Greater Blue Mountains in autumn is glorious.’’

Visitors and locals can surround themselves with some of the most exquisite floral displays at Everglades Historic House & Gardens at Leura.

If arriving in the Blue Mountains by train or if you just want to leave the hassle of driving at your accommodation, hop on a red double-deckerBlue Mountains Explorer Bus or vintage-style Trolley Tours at any of stops around the Katoomba and Leura circuit and hop off at Everglades.

For a different perspective, continue your car drive up the Great Western Hwy, cut across the Darling Causeway at Mt Victoria and turn right down the Bells Line of Rd to The Blue Mountains Botanic Garden at Mt Tomah. From there it is easy to continue through the Hawkesbury on to Sydney or head back to the Central West through Lithgow.

Also on the hop-on/hop-off bus circuit, catch a bird’s eye view of the Greater Blue Mountains World Heritage Area from one of the thrilling rides at Scenic World and soak up authentic indigenous culture atWaradah Aboriginal Centre.

Experience the outdoors indoors at the Blue Mountains Cultural Centre interactive World Heritage Exhibition at Katoomba, visit the home of one of Australia’s most loved characters, the Magic Pudding, at Norman Lindsay Gallery & Museum at Faulconbridge and warm up with a delicious Devonshire tea or traditional high tea at Bygone Beautys while browsing the vast number of items on sale.

Grab a bear hug at Australia’s largest and most awarded specialty teddy bear store, Nana’s Teddies & Toys at Blaxland and visit some real life furry friends at Featherdale Wildlife Park at Doonside on your way to or from the Blue Mountains.

The fun and fascination continues over the Great Divide.

Stop in at Talisman Gallery at the Hartley Historic Site and watch metal artist Ron Fitzpatrick create a masterpiece before exploring the underground at the world’s most magnificent cave system, Jenolan Caves (Blue Mountains Trolley Tours runs a daily coach service there and back).

Mr Robertson encouraged visitors to “stay a night or three’’ to fully experience the wonders of the Greater Blue Mountains region.

“Remember too that we reward loyal local tourism ambassadors through our Residents Rewards program simply for showing family and friends around the region and visiting our attractions businesses,’’ he said.

Go to bluemountainsattractions.com.au for more information about what to see and do in the Greater Blue Mountains region, special offers and news and the Residents Rewards program. 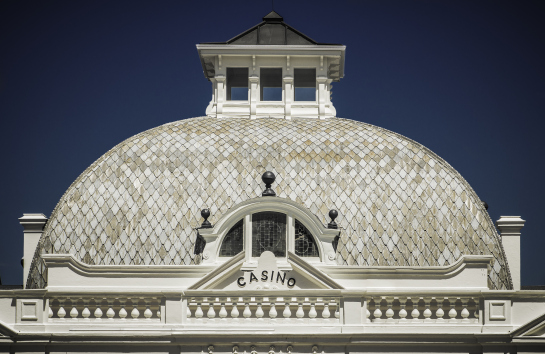 The most anticipated tourism event of the year: the re-opening of the Hydro Majestic Hotel at Medlow Bath in the Blue Mountains. Photo: David Hill, Blue Mountains Lithgow & Oberon Tourism

After almost six years of detailed planning and review, one of the most famous tourism landmarks in the Blue Mountains, the Hydro Majestic Hotel, will open its doors once more tomorrow, Friday, October 31. 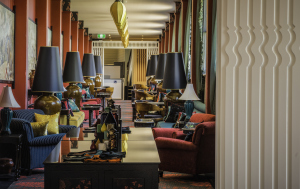 The Hydro Majestic venues will open to the public tomorrow with a series of five exclusive high tea events in The Casino Lobby and The Wintergarden. 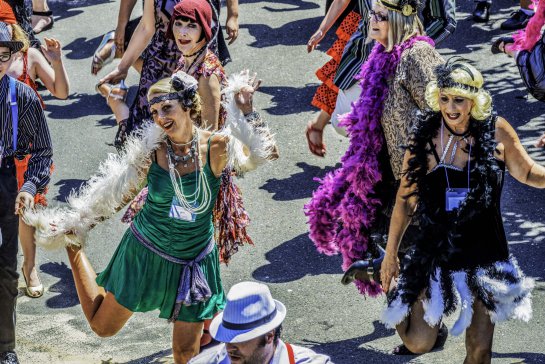 The 2014 Blue Mountains Charleston Challenge has officially beaten its own Guinness World Record.

The community dancing event was held in Leura Mall thanks to Leura Village Association on February 2 as part of the Blue Mountains Lithgow & Oberon Tourism annual Roaring 20s Festival and all that Jazz!.

Participants travelled from as far afield as the NSW Far North Coast and Queensland dressed in 1920s gear eager to high kick the previous record of 276 participants set at the 2013 attempt. 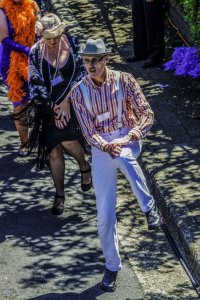 After months of anticipation and submitting a copious amount of written, photographic and film evidence of the attempt, confirmation of the “Largest Charleston…